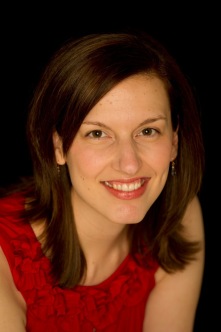 Dr. Jessica Woodman has a true heart for women’s choirs and a history of leading women in song. As a graduate student instructor at the University of Michigan, she was Assistant Conductor of the Women’s Glee Club and participated in the first annual International Women’s Choir Festival in Curitiba, Brazil. At Bowling Green State University, Dr. Woodman directed a select ensemble for women and was appointed interim director of the University Women’s Chorus. Her career began at Hathaway Brown School, a school for girls in Shaker Heights, Ohio, where she arranged collaborations with women’s ensembles at Baldwin Wallace Conservatory of Music, Kent State University, and HB’s sister school in Hamburg, Germany.

Jessica believes in the power of ensemble singing and social community for women. She has eclectic music tastes that range from classical to jazz and pop to world music. She loves singing with her niece and nephew just as much as she loves singing with others on stage. Her interests outside of music include paper crafts, arts events of all kinds, Scrabble, cooking, baking, and yoga.

If you could have anyone’s singing voice it would be: Ella Fitzgerald, Susan Graham, and Audra McDonald – all at the same time!
Most amazing musical experience in life (so far): Singing in Florence, Italy
Celebrity you most want to have dinner with: Stevie Wonder
Favorite musical: West Side Story and Hamilton!
Education: BM in music education from Western Michigan University, MM in choral conducting from Bowling Green State University, DMA in choral conducting from the University of Michigan

Not many people can front a rock band, sing Górecki’s Third Symphony, lead a marching band processional down the streets of the Sundance film festival and perform in a baroque opera of their own composing all in a month’s time. But Shara Nova can.

Her multi faceted career as My Brightest Diamond, which began with an acclaimed independent rock record, has reflected her journey into the world of performing arts.  Since her debut, Shara Nova has released three subsequent studio albums as My Brightest Diamond: A Thousand Shark’s Teeth, All Things Will Unwind and This Is My Hand. Her repertoire has displayed mastery of composition and deep exploration into electronic, chamber and art pop.

Born in diamond rich Arkansas and then raised all around the country, Nova came from a musical family of traveling evangelists. She went on to study operatic voice and then classical composition after a move to New York City. Shara began issuing recordings as My Brightest Diamond in 2006, following a protean period in the band AwRY, and joined Sufjan Stevens’ Illinoisemakers live ensemble. Asthmatic Kitty Records released her debut album, Bring Me The Workhorse in 2006, A Thousand Sharks’ Teeth in 2008, All Things Will Unwind in 2011, which featured songs written for the chamber ensemble yMusic, and This is My Hand in 2014.

In between MBD, well known fans became creative colleagues, and collaborative projects amassed. Highlights include singing in Laurie Anderson’s 2008 show “Homeland,” delivering guest vocals on The Decemberists’ 2009 Hazards of Love album and subsequently joining them on tour, performing in Bryce and Aaron Dessner’s multimedia presentation “The Long Count,” singing and recording for Pulitzer Prize winning composer David Lang and singing in Sarah Kirkland Snider’s “Penelope” and “Unremembered.” Shara has also worked with David Byrne (on his concept musical “Here Lies Love”), Fat Boy Slim, Bon Iver and The Blind Boys of Alabama. She recently finished her next album with producer The Twilite Tone, due for release in 2018.

Sheila Brookins began studying piano at the age of seven. As a teenager she attended Blue Lake Fine Arts Camp and received a scholarship from the Warren Vivace Club to attend Interlochen Fine Arts Camp. Aside from early classical music, the music of Louis Moreau Gottschalk and Scott Joplin greatly influenced her as a pianist. Sheila attended the University of Michigan as a piano performance major, studying music theory, conducting and composing; and later changed majors to accounting, business and information technology. While working in full‐time corporate positions, Sheila remained active in music as a staff pianist at Detroit area churches from 1988-2010, has performed for numerous weddings, events and high school and community theatre musicals, and provides piano accompaniment for Michigan School Band and Orchestra Association solo and ensemble festivals each year for middle school and high school students. Since 2017, Sheila also serves as accompanist for the Detroit Children’s Choir. Sheila can be found online here.

Sheila lives with her husband, three children, and a schnauzer who she shares a birthday with, and together, they enjoy RV camping trips as much as possible!

If you could have anyone’s piano playing skills it would be: Elton John, Billy Joel, or Louis Moreau Gottschalk

Most non-typical musical experience in my life: Singing Detroit Rock City by Kiss, while playing the keyboard in a band on stage at Hard Rock Café in Detroit for a charity event.

Celebrities you most want to have dinner with: The Brady Bunch

Alice Fabiszewski is passionate about the power of music — especially singing — to build community and enrich the lives of all people. She’s currently a practicing attorney, but she’s been singing basically since she could talk. In the past, she spent many years teaching piano and voice from a private studio, and has held several church music positions. More recently, she sang for seven seasons with the UMS Choral Union, under the direction of Jerry Blackstone and Scott Hanoian, and was a member of the Chamber Ensemble which performed Charles Ives’ 4th Symphony at Carnegie Hall with the Detroit Symphony Orchestra in May 2013. She is currently singing with Zion Lutheran in Ferndale and Opera MODO. When she’s not singing, she enjoys attending concerts, cooking, eating, gardening, crochet, and spoiling her two adorable grandchildren.

Founder of: My three children; and co-founder of DWC
If you could have anyone’s singing voice it would be: Ella Fitzgerald
Most amazing musical experience in life (so far): singing at Carnegie Hall; and my two-year-old grandson “conducting” me singing Old MacDonald, and correcting me to “moo” instead of “quack”
Celebrity you most want to have dinner with: 3-way tie: Meryl Streep, Jon Stewart, Amy Poehler
Favorite musical: Showboat
Education: Proud product of public schools: graduate of Trenton High School, Trenton, MI; studied piano, voice, and theater at Central Michigan University; got the law degree from Western Michigan Thomas M. Cooley Law School. Currently studying voice with the amazing Danielle Wright of Opera MODO.

Karla Manson can’t imagine a life without music.  From the first time she stood in front of a crowd to sing the part of the Tin Woodsman in her 5th grade production of “The Wizard of Oz”, all the smiles convinced her of the power of music to uplift us.  Involved in choirs ever since, Karla has performed with choirs throughout Southeastern Michigan, including the University Musical Society Choral Union in Ann Arbor, where she was the section coach of the alto section until 2016.  With that ensemble, Karla performed with the Detroit Symphony Orchestra several times, including a concert at Carnegie Hall in New York.

Karla, along with Alice Fabiszewski and Dr. Arianne Abela, had the passion to create the Detroit Women’s Chorus to use music to unite people and is committed to the ensemble’s success as the Chorus Manager.  She has a host of experiences to bring to this task; lifeguarding and being a camp counselor at Interlochen Arts Camp, a former First Aid & CPR Instructor, and a Bachelor of Music degree from the University of Michigan.

Founder of: co-founder of the DWC, and Sing-a-long Saturdays
If you could have anyone’s singing voice it would be: Julie Andrews
Most amazing musical experience in life (so far): the first time I stood on a stage with a choir and heard applause.  Seriously.  Every time is like that first time.
Celebrity you most want to have dinner with:  former President Barack Obama
Favorite musical: Sunday in the Park with George – Sondheim
Education: Bachelor of Music, University of Michigan. Former First Aid, CPR, & Lifeguard Instructor, Red Cross. Real Estate License, State of Michigan. (The whole “Jack of all Trades” thing; really.) 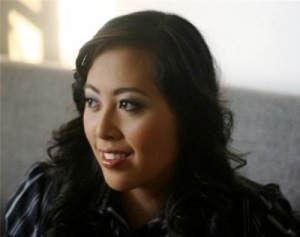 Dr. Arianne Abela is Director of the Choral Program at Amherst College, and recently served on conducting faculty at Wayne State University in Detroit, MI. She is dedicated to spreading the power of choral music to bring diverse groups together. Passionate about music in the communities, she is co-founder of The House of Clouds, an organization that stages performances to raise money for various charities and schools in need.

Abela is just as obsessed with the music of Bach and Gustav Mahler as she is with Motown, Stevie Wonder, and Jazz. Abela’s unique talent for bridging the gap between classical and pop music was recently on national display with her ensemble 3 Penny Chorus and Orchestra, a 60-member volunteer orchestra and chorus, that was featured in the quarter-finals of America’s Got Talent (Season 8) at Radio City Music Hall. 3 Penny has performed for various charities and fundraisers, was featured on NBC’s Today Show, and can be heard on the soundtrack of the film Walk of Shame (featuring Elizabeth Banks).

Founder of: 3 Penny Orchestra and Chorus, House of Clouds, co-founder of DWC, co-founder of reNaissance Opera Company
If you could have anyone’s singing voice it would be: I think I have to copy Alice and say Ella Fitzgerald, however, I would also love to be Emma Kirby.
Most amazing musical experience in life (so far): I don’t think this is possible to answer. Conducting on the stage of Radio City Music Hall was pretty cool.
Celebrity you most want to have dinner with: STEVIE WONDER. STEVIE WONDER. STEVIE WONDER.
Favorite musical: Lion King and if I could see Motown the Musical one day, I’m sure it would be a favorite (Shout out to Detroit!). I also love Spring Awakening, Les Miserables and was a Renthead growing up.
Education: BA from Smith College, MM from Yale University and DMA from the University of Michigan (Go Blue!) She loves ice cream, baking extravagant cakes whilst listening to Motown, of course, living by the water, and musical improv.